The German Luftwaffe attacked and sank the St Patrick passenger and mail ferry while it was en-route from Rosslare Co Wexford Ireland to Fishguard in Wales during World War II. A plaque in Rosslare Europort was unveiled in June 2012 in memory of those who lost their lives in one of Ireland’s worst maritime disasters.

On the evening of June 12 1941 the St Patrick departed the port of Rosslare for Fishguard in Wales on its scheduled run. It was due to arrive in Fishguard around 4 am the following day. The ship had been the target of an attack by the Luftwaffe the previous year. Though it was clearly marked at all times as a non-military vessel the ship’s deck had been strafed by machine gun fire from a German plane. On that occasion one crew member was hit and died sometime later. On this occasion when the St Patrick was about 20km from the port of Fishguard she was attacked. A bomb struck her fuel tanks and set them on fire. The ship broke in half and sank within five minutes.

The attack resulted in thirty passengers and crew members losing their lives. Lifeboats from Fishguard, and St David and a naval patrol vessel helped in the rescue operation. Some of the survivors were brought to Milford Haven in Wales. Acts of great courage by the crew and passengers occurred during the tragedy and a stewardess called Elizabeth May Owen was awarded the George medal for her bravery on that night.

The Saint Patrick, which was a Rosslare to Fishguard passenger ferry, was bombed by the German Luftwaffe causing the ship to sink off the Welsh coast in the year 1941 On This Day. 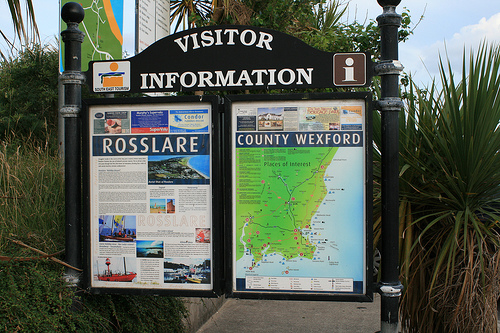