George Orwell was born Eric Arthur Blair in Motihari, Bengal, India, in 1903. As a young boy Orwell moved with his mother and older sister to England in 1904. His father, who was a civil servant stayed in India visiting his family in England just once in 1908 before retiring to England in 1912. Orwell had one younger sister.

George Orwell won a scholarship to Eton College, Windsor, England. After school his family could not afford to send him to university so he joined the police in India in 1922. Deciding he wanted to be a writer he resigned and returned to England in 1927. His first book ‘Down and Out in Paris and London’ was published in 1933.

Orwell married Eileen O’Shaughnessy in 1936 and shortly thereafter went to Spain to fight against Franco during the Spanish Civil War. He was badly injured during the war and returned to England. He was diagnosed with tuberculosis in 1938 and spent several months in a sanatorium.

During the following years, whilst continuing to suffer from the effects of tuberculosis, Orwell wrote several essays and also worked as a producer for the BBC. The novels, Animal Farm and Nineteen Eighty-Four were published in 1945 and 1949 respectively. He died at the age of 46 in hospital in London on January 21st 1950.

George Orwell (Eric Arthur Blair) was born in the year 1903 On This Day. 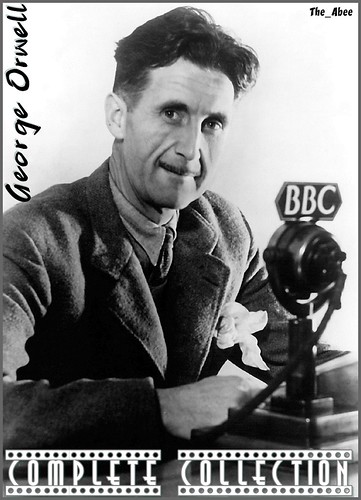