The cannon gun on the steps of the courthouse in Carlow town, Ireland was captured from the Russian Army during the Crimean War (1853-1856). It commemorates all the Irish soldiers who lost their lives during the Crimean War. The gun was donated to the town of Carlow by the British Minister of War, Lord Panmure in 1858.

The Crimean War broke out in 1853. England, France and Turkey formed an alliance to drive Russia out of the Baltic and the Crimea. In Ireland there was great public interest in the war. It had its roots in a dispute between Orthodox and Roman Catholic monks over the control of the church of Nativity in Bethlehem. The dispute occurred during the summer of 1850. Britain and France were also alarmed at Russia extending its influence southwards towards the Mediterranean Sea.

It is estimated that around 30,000 Irish soldiers served in the Crimean War. Civilians from Ireland also served in the Crimean War. A team of 38 nurses organised by Florence Nightingale, sailed to the Crimea. The team was made up of nurses from various backgrounds including Anglican and Catholic religious sisters. Included in the Catholic group were 15 Mercy nuns some of whom were from convents in Ireland. Two of the mercy nuns, Sister Aloysius Doyle and Sister Stanislaus Heyfron, were from Carlow.

One of the most infamous events of the Crimean war occurred during the Battle of Balaklava. Known as The Charge of the Light Brigade it resulted in heavy losses being sustained by the British Army. 141 of the 673 soldiers of the Light Brigade were Irish including Daniel Dowling who was born in Carlow in 1832.

Lord Raglan was the commander-in-Chief of the British Forces in the Crimea. When the Russian Army were preparing to attack the town of Balaklava, Raglan sent Captain Louis Nolan with a message to Lord Lucan (Co Mayo), directing him to advance his cavalry. It has been suggested that the message was vague and the instruction was interpreted as an order to charge directly at Russian guns stationed about 2km away at the end of a valley. The Russians also held the high ground on both sides of the valley.

The Light Brigade charged up the valley and were fired on from the Russian positions at the top of the valley and from both sides. The charge resulted in 278 casualties of whom 156 were killed. Daniel Dowling survived and later served with British Army in Africa, India and Australia. He resigned from the British Army in 1865 and moved to America. He died on July 15th 1913 at the age of 81 in Utica, New York.

The Charge of the Light Brigade took place in the year 1854 On This Day. 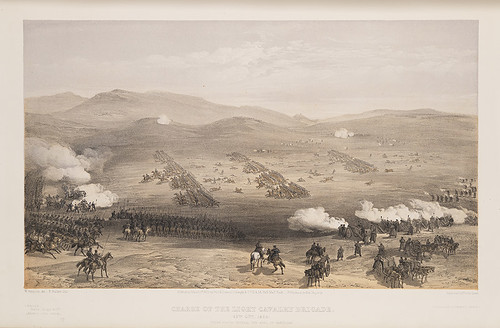 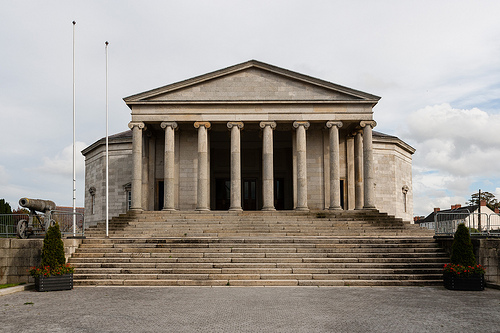 One Reply to “25 October-Charge of the Light Brigade”