On Barrack Street in Carlow town, Ireland there is a monument to Lieutenant Kevin Gleeson and his comrades. They were killed in action serving with the United Nations peacekeeping force in the Congo in 1960. The soldiers were members of the 32nd Infantry Battalion. The Battalion took part in the first large scale overseas mission undertaken by Irish troops since the establishment of the state in 1922.

On June 30th 1960 the Belgian Congo became an independent republic. Independence was quickly followed by civil unrest. Within a week a mutiny broke out in the army and this was followed by the secession of two areas of the country, Katanga and South Kasai. An appeal was made by the Congolese Government to the United Nations to help restore order and preserve the territorial integrity of the country. The appeal was successful and on July 13th Ireland was requested to provide troops for the ONUC (Opération des Nations Unies au Congo) mission.

Legislation enabling the mission to take place was passed by Dáil Eireann. As a result Ireland became one of thirty countries from around the world to provide soldiers for the mission. Just over two weeks later, on July 28th 1960, the 635-strong 32nd Infantry Battalion departed for the Congo. A month later the Irish contingent was brought to 1,000 troops with the arrival of the 33 Infantry Battalion.

During late October 1960 the area around the town of Niemba in the Katanga Province in southern Congo experienced a lot of unrest. Lieutenant Kevin Gleeson, who was a member of the 32nd Infantry Battalion, led an 11 man platoon to help restore order in the area. Lieutenant Gleeson was born in Donegal and moved with his family to Goresbridge Co Kilkenny when he was young. On completion of his second level education in Bagenalstown he entered Military College in the Curragh, Co Kildare. Near the town of Niemba his platoon was ambushed by over 100 Baluba tribesmen.

The Niemba Ambush took place in the year 1960 On This Day. 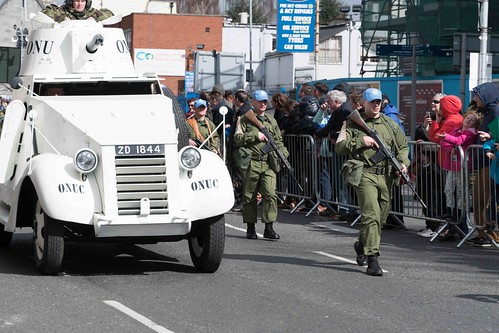 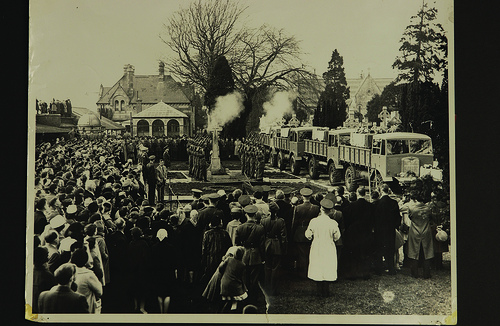