Wilhelm Conrad Röntgen was born in Lennep (now Remscheid), Rhine Province, Germany on March 27th 1845. He was educated at technical school in Utrecht. Having failed to gain entry to the University of Utrecht he studied mechanical engineering at the Polytechnic Institute in Zurich. He graduated with a PhD in 1869.

In 1874 Röntgen was appointed as a lecturer at the University of Strasbourg. He was appointed as Professor of Physics at the same institution in 1876. He later served as Professor of Physics at the Universities of Giessen (1879–88), Würzburg (1888–1900) and Munich (1900–20). Röntgen carried out research on various subjects including elasticity, the conduction of heat in crystals and the absorption of heat by various gases.

During 1895 Röntgen was observing what occurred when and electric current was passed through a gas of extremely low pressure. His experiments led him to discover new and different kind of rays. During an experiment in November 1895 he discovered that the rays made certain objects seem transparent. He called the new rays, X-Rays because at the time their nature was not known. The first X-Ray Röntgen took was of his wife’s hand. He died at the age of 77 on February 10th 1923.

Wilhelm Röntgen produced the first medical X-Ray in the year 1895 On This Day. 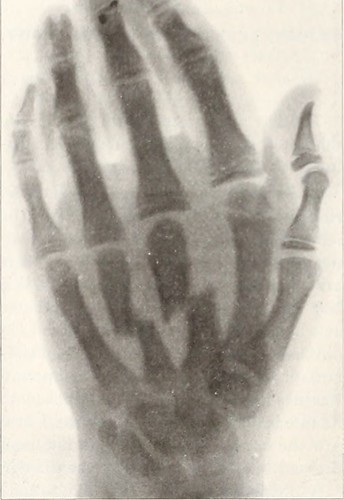 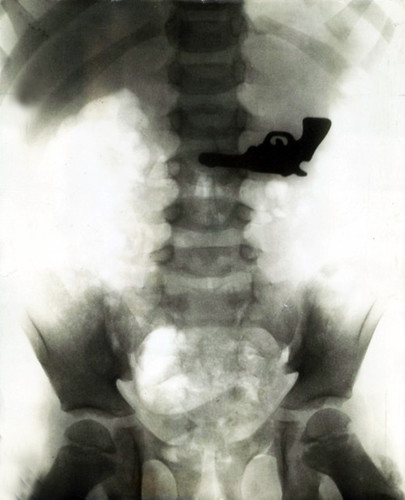 Photo by Dreaming in the deep south