Because of the earthquake, a tsunami radiated across the Indian Ocean. It is reported that at least 230,000 people in fourteen countries, including Sri Lanka, Indonesia, Thailand and India, lost their lives in the tsunami. Waves up to 30m high travelled at speeds of up to 800km/h across the Indian Ocean and the Bay of Bengal. In some areas the waves travelled up to 2km inland. The tsunami caused the greatest amount of destruction in Indonesia, most particularly in the province of Aceh.

The impact of the tsunami occurred several hours after the earthquake. Despite this people in almost all the areas affected were taken completely by surprise. This was because there was no adequate warning system in place. The Indian Ocean Tsunami Warning and Mitigation System was established following the disaster. Many of the coastal areas which were destroyed in the tsunami have been rebuilt.

The Indian Ocean Earthquake and resultant tsunami occurred in the year 2004 On This Day. 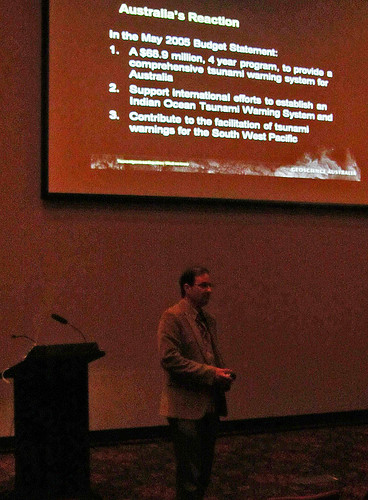