Máire Nic Shiubhlaigh, whose father Mathew Walker ran a printing business in Carlow town, Ireland for some time, played the lead role in Cathleen Ní Houlihan when the Abbey Theatre opened in Dublin in December 1904. The plays ‘Cathleen Ní Houlihan’ and ‘On Baile’s Strand’, both written by W B Yeats, were the first plays staged at the Abbey on opening night.

The theatre was located at 26 Lower Abbey Street in the Hibernian Theatre of Varieties which was also known as the Mechanics Hall. The building had been purchased by Ms Annie Horniman a theatre patron and manager from Forest Hill, London. She had helped stage plays by Yeats and George Bernard Shaw in London. Yeats persuaded her to help stage productions in Dublin.

The theatre was popular and successful in the early years but as time went on began to suffer from poor box office returns. It was offered as a free gift to the nation in 1924. In 1925 The Abbey became the first state subsidised theatre in the English speaking world and it still continues to receive an annual grant from the state.

Often referred to as the National Theatre of Ireland The Abbey Theatre building was destroyed by fire on July 17th 1951. Following the fire the theatre moved to the Queen’s Theatre on Pearse Street where it remained until 1966.

The old Abbey Theatre was demolished. The Architect Michael Scott who had completed the nearby Busáras (Bus station in Dublin for Intercity and regional bus services) in 1953 designed a new building for the theatre. The foundation stone for the new building was laid by President Éamon de Valera on September 3rd 1963. The Abbey Theatre was officially re-opened on July 18th 1966.

The Abbey Theatre in Dublin first opened its doors to the public in the year 1904 On This Day. 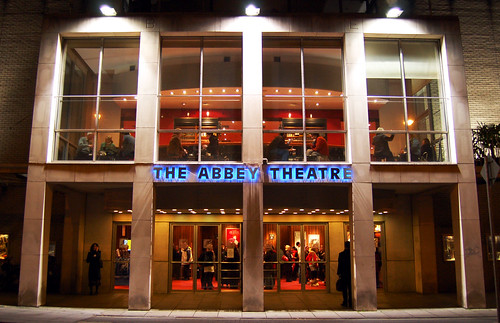 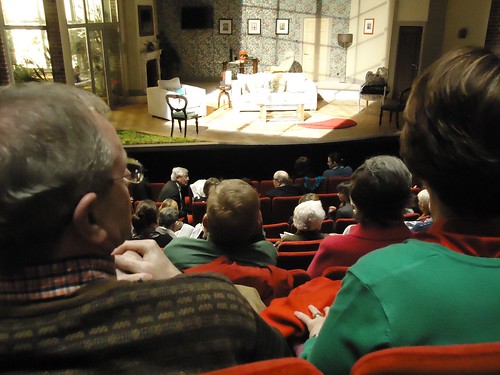