The second circuit of the 1903 Gordon Bennett Motor Cup Race passed through the town of Carlow, Ireland on July 2nd. The race was the forerunner of today’s Grand Prix Racing. It covered a distance of 527km (327.5 miles) over two circuits. The race began near the town of Athy Co Kildare and attracted thousands of spectators. A grandstand which could accommodate 1,000 people was erected at the starting point and 7,000 police marshalled the event. The police were assisted by the army and racing club stewards.

Automobile racing had begun in France around 1894. Gordon Bennett, who was the owner of the New York Herald, provided a trophy for the 1900 the Automobile Club de France Race. The competition for the cup was held each year on open roads until 1905. Due to frequent accidents and many fatalities, for both drivers and spectators, the event was staged on a circuit in Le Mans in France in 1905. It was the first Grand Prix motor racing event which eventually evolved into Formula One racing.

In 1901 the race was held from Paris to Bordeaux. In 1902 when the race was held from Paris to Innsbruck it was won by an English man, Selwyn Francis Edge. As a result the race was required to be held in England in 1903. However it was illegal to hold a motor race on the roads in England and the speed limit on Irish roads was 12mph (19.3kmh). A motoring enthusiast called John Scott Montague who was an MP in the British House of Commons introduced The Light Locomotives (Ireland) Act of 1903. The purpose of the Act was to exempt cars from any statutory speed limit on the day of the race. The Act also provided for extra funding for County Councils where the race was to be held.

The 1903 race had twelve international competitors representing England, America, France and Germany. For the race, English cars were painted green. The winner of the race was Camille Jenatzy (known as the Red Devil) who travelled at an average speed of 49.25mph (79.3kmh) and drove a white Mercedes for Germany. The event attracted huge international attention and was attended by thousands of spectators along the various routes.

The Light Locomotives (Ireland) Bill allowing the first international race to be held in Ireland for the Gordon Bennett Cup, was passed in the British House of Commons in the year 1903 On This Day. 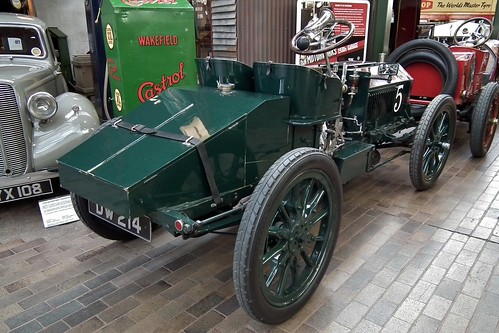 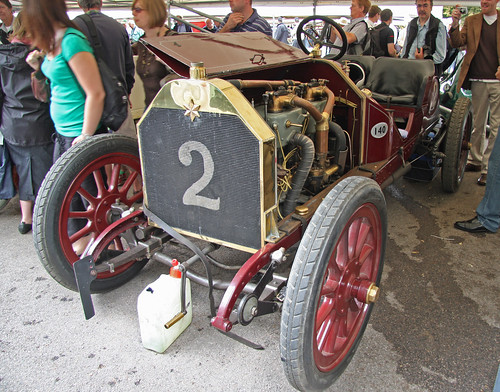