New Zealand, in 1893 was the first independent, self-governing country in the world to grant women the right to vote. Though given the vote women were not allowed to stand for parliamentary elections. In Ireland women, provided they were over the age of 30, were allowed to vote for the first time in a General Election of 1918.

In 1718 women in Sweden were granted conditional suffrage. However it was withdrawn in 1772. The Republic of Corsica was proclaimed in 1755 and its constitution gave women the right to vote. However, when Corsica was taken over by the French in 1769, women’s right to vote was revoked. During the 19th and 20th century female suffrage was gradually introduced in countries around the world. In 2015 women in Saudi Arabia were first allowed to vote in the 2015 municipal elections.

New Zealand became the first country in the world to grant women the right to vote in the year 1893 On This Day. 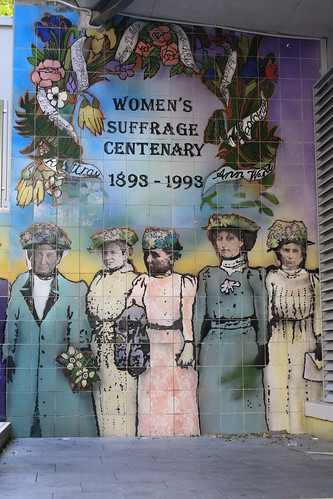