Ronnie Whelan is a native of Dublin. He is a former Irish international football player who played with distinction for the Republic of Ireland. He spent most of his career playing with clubs in the English Premier League and played 53 times for his country.

Ronald Andrew Whelan was born in Dublin in 1961. Born into a football family, he began his playing career with the Dublin club, Home Farm in 1977. He joined Liverpool Football Club in 1979. He went on to play for the club on 362 occasions scoring 46 goals. In 1979 Whelan moved to Southend United as player/manager. He retired in 1996 and now works as a football commentator for radio and television.

Ronnie Whelan, former Irish international footballer, was born in Dublin in the year 1961 On This Day. 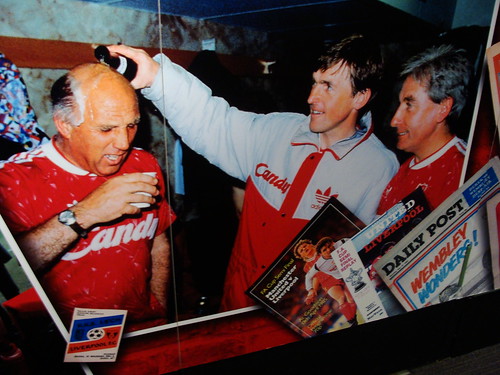