Ronald Reagan was the 40th President of the United States of America. He served for two terms from 1981 to 1989. An actor by profession, Reagan served as Governor of the State of California from 1967 to 1975. At the end of his terms, Reagan left office with the 2nd highest approval rating of any U.S. president since World War II. President Clinton had the highest rating.

Ronald Wilson Reagan was born in Tampico, Illinois in 1911. He graduated with a degree in economics and sociology from Eureka College, Illinois in 1932. At college Raegan played a leading role in campus politics. He also excelled at sports and theatre. After leaving college he worked as a radio sports announcer before moving to Hollywood in 1937.

In Hollywood Reagan won a film contract following a screen test. He went on to appear in over 50 films. He also worked as president of the Screen Actors Guild. In 1966 he was elected Governor of California. He served as Governor until 1975. Having failed to get the nomination for the U.S. Presidency on two occasions Reagan won the nomination in 1980. He was elected President by a landslide. He was re-elected, again by a landslide, in 1984.

Ronald Reagan, 40th President of the United States, was born in the year 1911 On This Day. 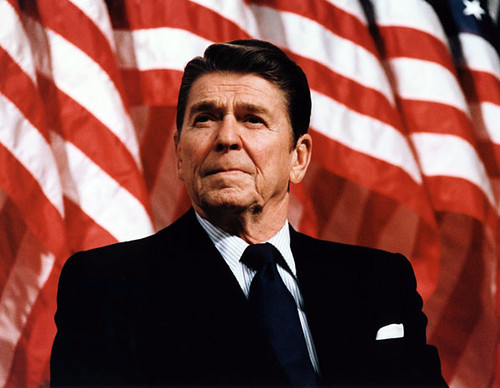