An escalator is motor-driven moving staircase. It is used to convey people from one floor to another. The first working escalator was installed as an amusement park ride at Coney Island, New York in 1896. It was invented and built by Jesse Wilford Reno who was an engineer.

The first escalator was designed by Nathan Ames from Massachusetts in 1859. However it was never built. The escalator installed by Reno at Coney Island was just over two metres long and was inclined at an angle of 25 degrees. He later built escalators for the subway systems in various American cities and for the London Underground.

Jesse Wilford Reno was granted a patent for the first working escalator in the year 1892 On This Day. 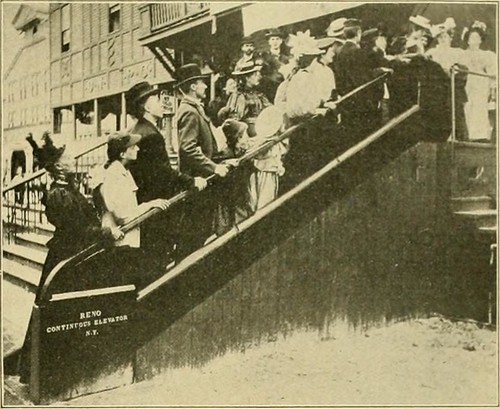 Image from page 772 of “The street railway review”