Dawson Stelfox is the first person from Ireland to reach the summit of Mount Everest. He completed the climb on May 27th 1993, almost fifty years after New Zealander Edmund Hillary and Nepali Tenzing Norgay, reached the summit on May 29th 1953. At 8,848 metres (29,029 feet) above sea level, Mount Everest is the highest mountain peak in the world.

James Dawson Stelfox was born in Belfast in 1958. He was educated at the Royal Belfast Academical Institution before entering the Queen’s University, Belfast. He qualified as an Architect and has worked on several major projects. These include restoration works on the Parliament Buildings at Stormont following a fire there in 1995 and the Odyssey Arena in Belfast.

Dawson Stelfox, who in 1993, became the first Irish person to stand on the summit of Mount Everest was born in Belfast in the year 1958 On This Day. 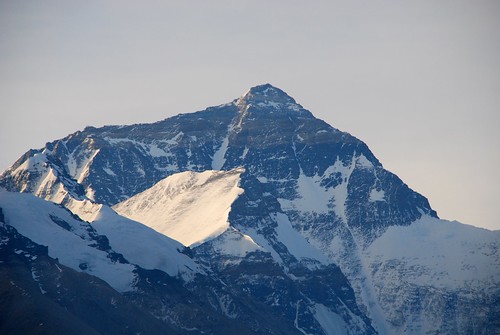 Photo by Mot the barber