Kathleen Lonsdale was an outstanding scientist who was a native of Co Kildare. Ireland. She specialized in crystallography, the study of the order of atoms and molecules in crystals. She developed x-ray techniques for the study of the structure of crystal. In 1945 Lonsdale became one of the first two women to be elected Fellow of the Royal Society.

Kathleen Lonsdale was born Kathleen Yardley in Newbridge, Co Kildare on January 28th 1903. She was the youngest of ten children. Her father was the local postmaster. At the age of five her parents separated. Kathleen moved with her mother and siblings to live in Essex, England.

In Essex Lonsdale attended Woodford County High School for Girls. She excelled at school but had to attend a school for boys to study higher level mathematics and science. At the time, the girls’ school did not offer these subjects. She graduated with BSc from Bedford College for Women in 1922 and an MSc in physics from University College London in 1924.

In 1924 Lonsdale began working in x-ray crystallography at the University of London. She later worked at the University of Leeds before returning to London in 1934 to continue her research. Lonsdale was a Quaker and a pacifist. She was sent to prison for a month in 1943 for failing to comply with war duties during World War II. In 1949 she was appointed professor of Chemistry at University College London.

Kathleen Lonsdale was the recipient of several honours and was made a Dame Commander of the Order of the British Empire in 1956. Buildings at Dublin City University and the University of Limerick are named in her honour. NUI Maynooth awards the Lonsdale Prize each year to the student who attains the best results in chemistry in their degree.

Kathleen Lonsdale, crystallographer who developed x-ray techniques for the study of crystal structure and who was a native of Co Kildare, Ireland, died in London in the year 1971 On This Day. 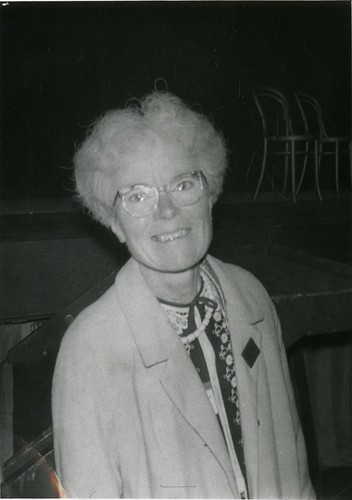 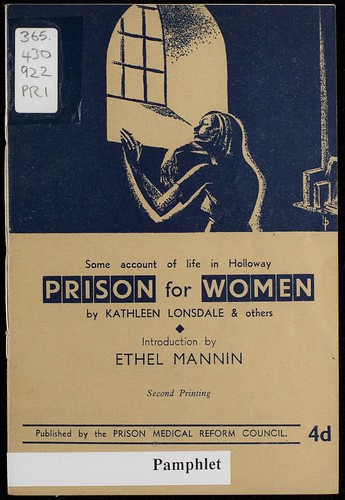 Prison for Women by Kathleen Lonsdale. 1943