Tom Kiely was born Thomas Francis Kiely in Ballyneale near Carrick-on-Suir, Co Tipperary in 1869. A successful athlete, he was the winner of titles in Ireland, England and America during his career. In 1904 the British team offered to pay his expenses to compete in the 1904 Olympics in St Louis. He was also offered American sponsorship.

Tom Kiely, winner of the gold medal in the Decathlon in the 1904 Olympic Games was born in Co Tipperary, Ireland in the year 1869 On This Day. 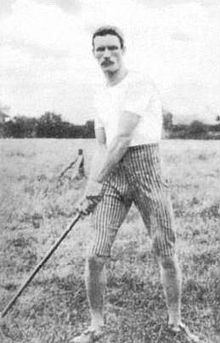