Abbey Road is an album recorded by the Beatles in 1969. The Beatles were a world famous rock band, formed in Liverpool, England in 1960. The band became enormously popular and is regarded as the most influential act in popular music. The band, which consisted of four members, John Lennon, Paul McCartney, George Harrison and Ringo Starr, became one of the most commercially successful in music history. The Beatles disbanded in 1970.

The photograph on the Abbey Road album cover, showing the four members of the Beatles crossing Abbey Road at a zebra crossing, was taken in the year 1969 On This Day. 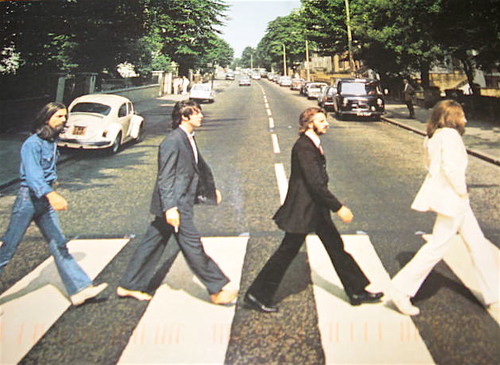