Tom Parry Jones invented the first handheld electronic Breathalyser in 1967. A breathalyser is a device which estimates a person’s blood alcohol level from a breath sample. The presence of alcohol in expired breath was first observed by Dr Francis Anstie in 1874. Several instruments were developed during the following year to measure blood alcohol level.

Tom Parry Jones was born in Anglesey, North Wales on March 27th 1935. While working at the University of Wales Institute of Science and Technology he developed, with Bill Ducie, the handheld electronic Breathalyser. Its development coincided with the introduction of maximum blood alcohol level for drivers. The Breathalyser has been developed further during the following years.

Tom Parry Jones, inventor of the first handheld electronic Breathalyser, died aged 77 in the year 2013 On This Day. 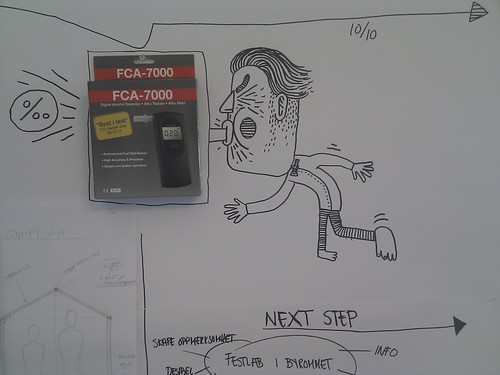