John Wesley was a cleric and theologian who was a native of England. He founded the Methodist movement in the 18th century. It was founded to bring about a reformation within the Church of England. However the movement became a separate church and today it has millions of adherents worldwide.

John Wesley was born in Epworth, Lincolnshire, England on June 17th 1703. He was ordained a priest of the Church of England in 1725. He went with his brother Charles to Savannah, Georgia in America on missionary work. However their mission was not a success and they returned to England.

Shortly after his return Wesley had what he called a ’conversion experience’ on May 24th 1738. At the time he was attending a Moravian service at Aldersgate Street in London. Shortly thereafter, with his brother Charles, he established a Methodist society in London and later in the city of Bristol.

Wesley began preaching to colliers in the city of Bristol and the Methodist movement had begun. They were called Methodists because of their methodical approach to religious observance and their strong commitment to charitable works.

Wesley first visited Ireland in 1747. He became a regular visitor in the following years. He visited Carlow where he preached and held services on six occasions. His first visit to Carlow was in 1765. He paid his final visit to Carlow in 1769 when he was 66 years old.

John Wesley, cleric, theologian and founder of the Methodist movement, died aged 87 in the year 1791 On This Day. 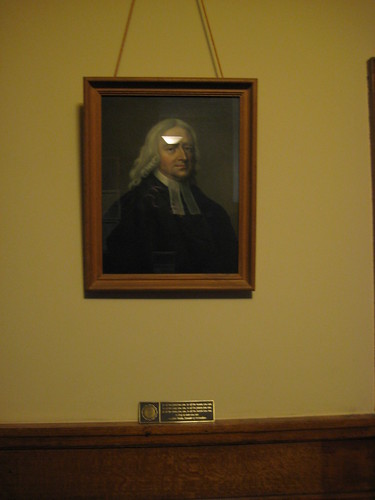 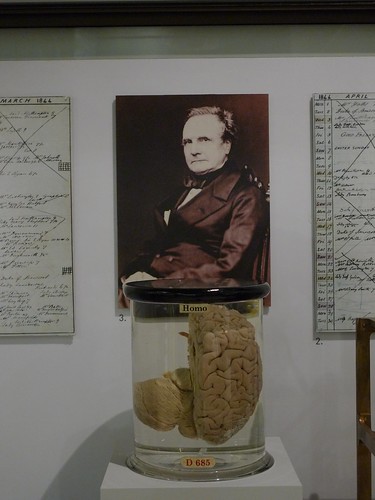 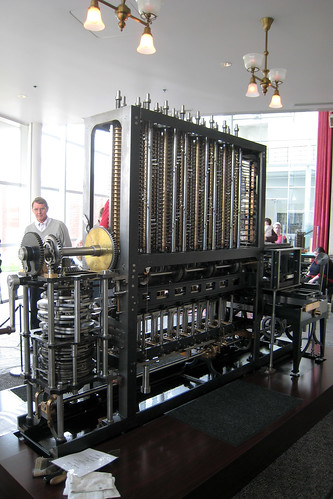 John MacHale was a native of County Mayo Ireland. He served as Roman Catholic Archbishop of Tuam from 1834 to 1881. Often referred to as ‘The Lion of the West’, Dr McHale worked to secure Catholic Emancipation. He also became involved in national events of the day and strongly supported use of the Irish language.

John MacHale was born in the townland of Tobbernavine on the shores of Lough Conn between Crosmolina and Castlebar Co Mayo in March 1791. He was educated locally and at the school of Patrick Staunton in Castlebar where he was taught Latin, Greek and English. At the age of sixteen MacHale was awarded a bursary by the Bishop of Killala and he entered St Patricks College Maynooth.

Following his ordination to the priesthood in 1814 he was appointed lecturer in Dogmatic Theology at Maynooth. MacHale remained in Maynooth until his appointment as Coadjutor Bishop of Killala in 1825. Dr. MacHale was appointed Archbishop of Tuam in August 1834.

The British authorities vigorously opposed his appointment because of his many challenges to the policy of the Government. He was a strong supporter and friend of Daniel O’Connell. MacHale resisted the Education Act and supported denominational education. He also supported the Repeal Association and objected to the Queen’s Colleges. Some of his policies put him at odds with many of his fellow bishops in Ireland. Often referred to as ‘The Lion of the West’ Dr McHale served as Archbishop of Tuam for forty seven years until his death at the age of 91 in 1881.

John McHale, Archbishop of Tuam, was born in the year 1791 On This Day. 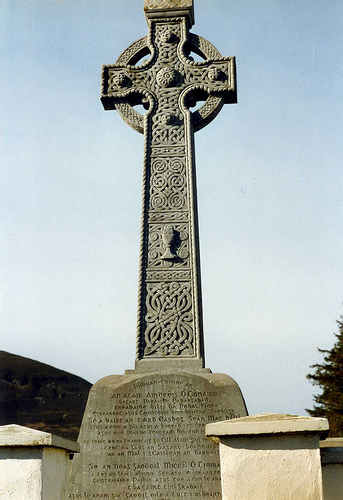 Wolfgang Amadeus Mozart was an Austrian composer who is widely regarded as one of the greatest and most influential composers of all time. He created several operas, concertos, symphonies and sonatas. Mozart became well known during his lifetime and today, is among the most popular of classical composers.

Mozart was born in Salzburg, Austria on January 27th 1756. His father, a composer and conductor who worked for the Bishop of Salzburg. Mozart and his sister Nannerl (Maria Anna) were introduced to music from an early age by their father. The children learned rapidly and by the age of five Wolfgang was showing an outstanding ability at playing instruments. He had also composed some simple minuets. In 1762 at the age of six he began playing in public. He travelled with his family on tours to cities such as Munich, Paris and London.

In 1769 at the age of 13 Mozart made the first of three tours of Italy. In 1777 he travelled to Paris with his mother. His mother died in 1779 and Mozart returned to Salzburg where he was engaged as court musician. He did not like his new post and moved to Vienna in 1781 in search of a better position. While travelling Mozart continued to compose.

Though he travelled widely in Europe he never visited Ireland. However, one of his friends was the tenor and composer Michael Kelly from Dublin. They met in Vienna where Kelly had given a performance for the Emperor. Kelly met Mozart and his wife Constance for dinner and later was a regular visitor to the Mozart’s home. Michael Kelly performed the part of Don Curzio in the premiere of Mozart’s ‘The Marriage of Figaro’. During his lifetime Mozart composed more than 625 works including symphonies, concertos, and operas. His last composition, Requiem, was largely unfinished at the time of his death.

Wolfgang Amadeus Mozart died at the age of 35 in the year 1791 On This Day. 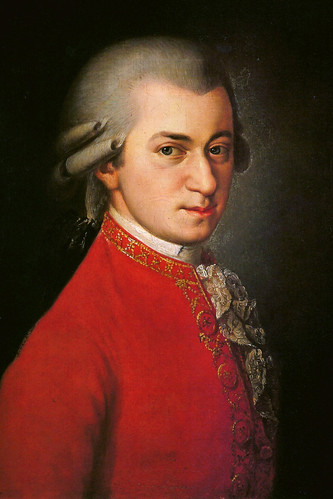 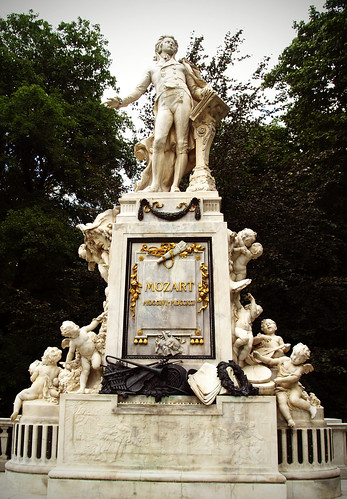 Richard Lalor Sheil was a native of County Kilkenny, Ireland. His father was a successful merchant who had become wealthy trading with Spain. During his lifetime Sheil became known both as a dramatist and politician. He wrote plays which were produced both in Dublin and London. He served as an MP for constituencies in Ireland and England.

Richard Lalor Sheil was born near Slieverue, Co Kilkenny 1791. When Sheil was a child his family moved to their newly built mansion at Bellevue near Waterford City. In his early years he was educated at home. At the age of eleven in 1802, he was transferred to a school at Kensington, London. Two years later he was sent to Stonyhurst College in Lancashire and entered Trinity College Dublin in 1807. He took an active part in student politics in TCD and graduated with a BA degree in 1811. Sheil then went to London to study law and was admitted to the Irish bar in 1814.

Sheil became active in politics in Ireland and was a leading figure in the campaign for Catholic Emancipation. He initially disagreed with policies of Daniel O’Connell. However he and O’Connell cooperated in founding the Catholic Association in 1823. They campaigned vigorously on the issue and Sheil was O’Connell’s agent when O’Connell was successfully elected MP for Co Clare in the by-election of 1828. Catholic Emancipation was granted in the following year. In the election of 1830 Sheil was himself elected for Milborne Port in Somerset, England.

In 1833 Sheil was elected as MP for Co Tipperary and in 1841 for Dungarvan Co Waterford. He worked initially with O’Connell for the repeal of the Act of Union but in later years he distanced himself from the issue. He was appointed Vice-President of the Board of Trade in 1838 and between 1846 and 1850 served as Master of the Mint. During his time at the Mint he was accused of sectarianism when ‘Defensatrix Fidei: Dei gratia’ was omitted from a new silver florin.

Sheil was appointed ambassador to the court of Tuscany at Florence in November 1850. He paid a brief visit to Ireland before departing for Italy. Sheil died in Florence just six months after his arrival there on May 25th 1851 at the age of 59. His body was conveyed to Ireland on a British warship. He was buried at Long Orchard, Templetuohy, Co Tipperary.

Richard Lalor Sheil, politician and dramatist, was born in the year 1791 On This Day. 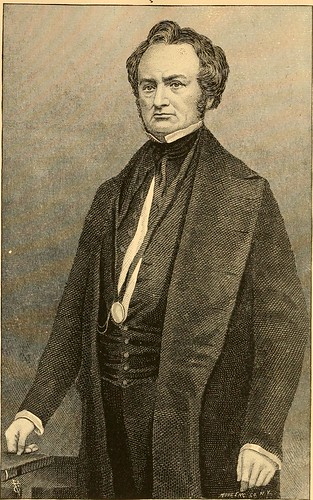 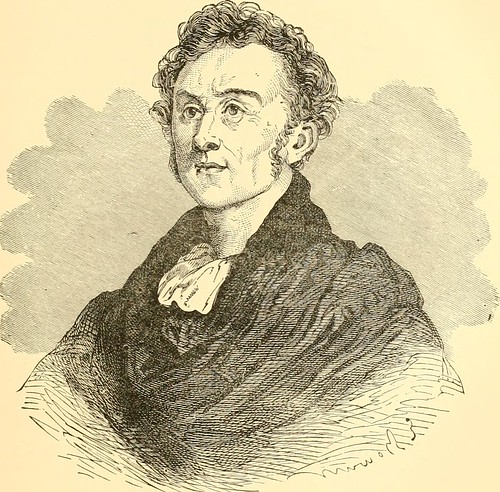