Liberia is a country on the West coast of Africa. It has a population of just over 4.5 million. From 1820 onwards the country was established by freed American slaves with the help of the American Colonization Society. Liberia was declared a republic in 1847, making it the oldest republic in Africa. Monrovia, the capital city of The Republic of Liberia, is named after US President Monroe who was a strong supporter of the colonization.

The first 86 African American immigrants sponsored by the American Colonization Society departed from New York to start a settlement in present-day Liberia in the year 1820 On This Day. 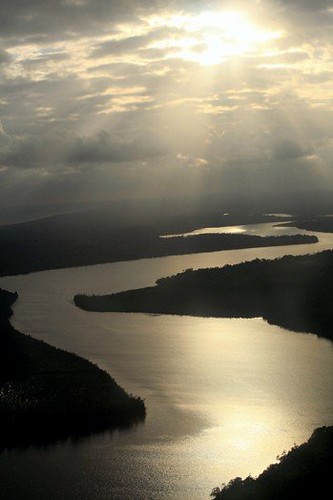 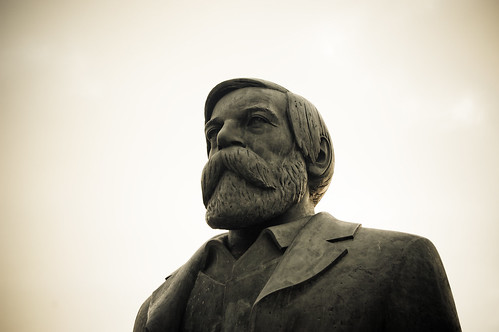 Dan Donnelly was a famous 19th century Irish boxer who was posthumously inducted into the International Boxing Hall of Fame in 2008. Regarded as the first Irish heavyweight champion he was the winner of three major fights during his boxing career. One of Donnelly’s arms was preserved and was on display in Ireland and America for many years.

Dan Donnelly was born in Dublin in March 1778. He began working as a carpenter at an early age. He gained a reputation as fighter in taverns around Dublin. Donnelly was persuaded to take up boxing as a career by a horse trainer called Captain William Kelly. He moved to Kilcullen in County Kildare to train as a boxer.

Following a period of training Donnelly’s first fight was held in a place, which was then called Belcher’s Hollow on The Curragh in County Kildare on September 14th 1814. It is reported that a crowd of 20,000 attended the fight, in what is a natural amphitheatre. It is now called Donnelly’s Hollow. Donnelly’s opponent was a well-known English fighter called Tom Hall. The fight ended in victory for Donnelly. He was acclaimed as Ireland’s Champion and the victory was the cause of great celebration.

Donnelly’s second fight was also against an English fighter called George Cooper. The fight took place at Donnelly’s Hollow on 13th December 1815. The attendance was again reported to be 20,000. The crowd witnessed another victory for Donnelly against a man who was described as a first rate fighter. On the 21st of July 1819 Donnelly fought his last fight against English man Tom Oliver. The fight which lasted 34 rounds was fought at Crawley Down in Sussex and ended in victory for Donnelly. It is reported that Donnelly was knighted by the Prince Regent (later King George IV of England). Sir Dan returned in triumph to Dublin.

Just seven months after his victory Donnelly died penniless in Dublin at the age of 32. He was buried at Bully’s Acre, Kilmainham, Dublin. His grave was robbed however, and his body sold to a surgeon called Hall. The theft was discovered and the surgeon was forced to rebury Donnelly’s body. However, he kept his right arm which he preserved in red lead paint. The surgeon took it with him to a medical school in Scotland where it was used for study purposes by medical students for a number of years.

Dan Donnelly, Ireland’s first heavyweight boxing champion, died in Dublin in the year 1820 On This Day. 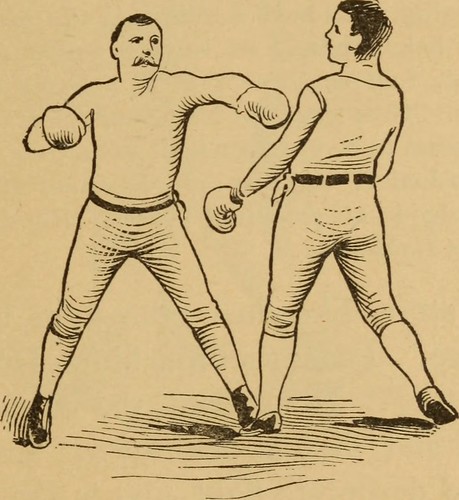 John Tyndall was a 19th century experimental physicist who was a native of Co Carlow, Ireland. He was responsible for several significant scientific discoveries and inventions. Tyndall was professor of Professor of Natural Philosophy (Physics) at the Royal Institution in London from 1853 to 1887. He later served as Superintendent of the Royal Institution. He was also a mountaineer who carried out extensive studies of glaciers.

John Tyndall was born in Leighlinbridge, Co Carlow in 1820, where his father was a local policeman. He attended school in Ballinabranna near Carlow town. There, as a student in his late teens, he had the opportunity to study subjects such as technical drawing and mathematics and their application to land surveying. He joined the Ordnance Survey in 1839 and did some survey work in Carlow and later in Cork in the areas around Youghal and Kinsale.

Tyndall was transferred by the Ordnance Survey to Preston in England in 1842. While he was working in Preston he felt that workers on the survey were being exploited. He wrote articles in local newspapers and letters to politicians highlighting the plight of workers. Much to the disapproval of his father, he joined the Chartist movement of which Feargus Edward O’Connor was at the time a leading figure.

Dismissed by the Ordinance Survey for his actions, Tyndall returned to Ireland where he lived for a time with his parents in Leighlinbridge. Within a short period of time, however, he secured employment as railway surveyor in England. While working there he attended classes at the Mechanics Institute in Preston. He was later appointed to the teaching staff of Queenswood College, Hampshire, England.

Tyndall left Queenswood in 1848 to study at the Marburg University, Germany where he was awarded a Ph.D. in 1850. During his time studying at Marburg, Tyndall regularly sent papers on scientific topics for publication in the Carlow Sentinel. Following his time studying in Germany he applied for lectureship posts at the Universities in both Cork and Galway but failed to get appointed.

Tyndall returned to England and after a period lecturing he was appointed Professor of Natural Philosophy at the Royal Institution in 1853. There he began working with the scientist Michael Faraday who was then President of the Royal Institution. When Faraday died in 1862 Tyndall was appointed as his successor. Tyndall carried out research in many areas and made many discoveries and observations. These include the Tyndall Effect (the reason the sky looks blue) and the reasons for what is known today as the Greenhouse Effect. He also developed what he called the light-pipe, which was the forerunner of the modern day optical fibre.

Tyndall was a keen mountaineer. He climbed several of the highest peaks on the Alps and carried out extensive studies of glaciers. Items he invented include the infra-red spectrometer and the first respirator for a fireman. John Tyndall died on December 4th 1893 at the age 73 from an accidental overdose of mediation for insomnia. The Tyndall National Institute in University College Cork was named in his honour. A new Vocational School which is under construction in Carlow town is due to open in September 2017. Located about 12km from where Tyndall was born will be called Tyndall College.

John Tyndall, famous scientist and mountaineer was born in Leighlinbridge, Co Carlow, Ireland in the year 1820 On This Day. 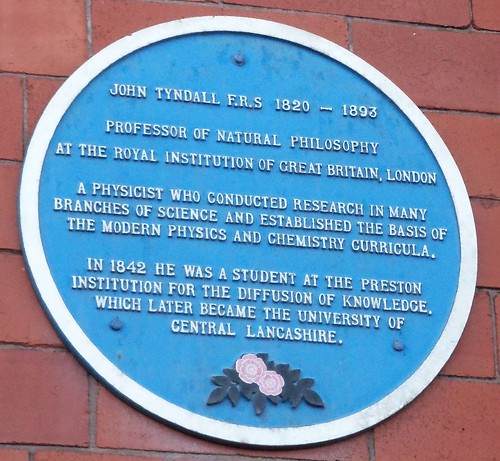 Image taken from page 212 of ‘The Glaciers of the Alps. Being a narrative of excursions and ascents. An account of the origin and phenomena of Glaciers, and an exposition of the physical principles to which they are related … With illustrations. (Append by mechanicalcurator on 2013-10-23 12:39:52 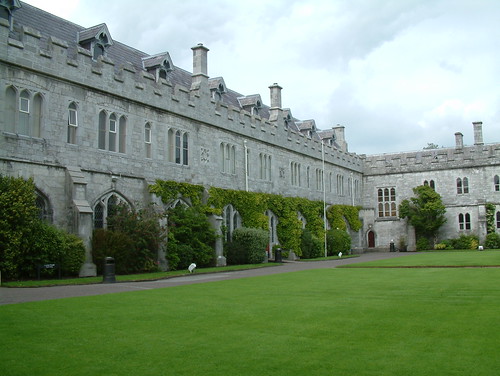 Florence Nightingale was born in Florence, Italy in 1820. When she was one year old her family moved to live in England. She was a member of a wealthy family and was educated by her father. She grew up in the family home at Embly, Hampshire and at their summer home at Lea Hurst. In her teens and early 20’s she travelled extensively in Europe and North Africa.

Despite strong objections from her family, Florence Nightingale decided to train as a nurse. She announced her decision in 1844 and enrolled as a nursing student at the Lutheran Hospital in Kaiserswerth, Germany. In 1852 she visited Dublin to observe the work of the Irish Sisters of Charity at St Vincent’s Hospital on St Stephen’s Green. She returned to England and took up a post in a Middlesex Hospital for elderly ladies.

The Crimean War broke out in 1853 and by 1854 there were over 18,000 injured soldiers in Military hospitals. In 1854 Nightingale was asked to organise a corps of nurses to help care for the wounded in the Crimea. She assembled a team of 38 nurses and sailed to the Crimea. The team was made up of nurses from various backgrounds including Anglican and Catholic religious sisters. Included in the Catholic group were 15 Mercy nuns from convents in Ireland and England. Two of the mercy nuns, Sister Aloysius Doyle and Sister Stanislaus Heyfron, were from Carlow, Ireland.

Conditions for the wounded in Crimea were appalling and more soldiers were dying of disease than from their wounds. Nightingale instituted a programme of hygiene and improved sanitation which brought about a dramatic reduction in the death rates. As a result of her representations the engineer Isambard Kingdom Brunel was commissioned by the government to design a prefabricated hospital. The hospital was built in England and shipped to the war zone. Nightingale worked long hours and showed great compassion for the wounded. She became known as ‘the Lady with the Lamp’.

After the war Florence Nightingale returned to England. In July 1860 she established the Nightingale Training School at St Thomas’s Hospital in London. Though she was suffering from ill-health she continued to work in the areas such as hospital planning and social reform. In 1907 she became the first woman to be awarded the Order of Merit. She died in London at the age of 90 on August 13th 1910.

Florence Nightingale was born in the year 1820 On This Day. 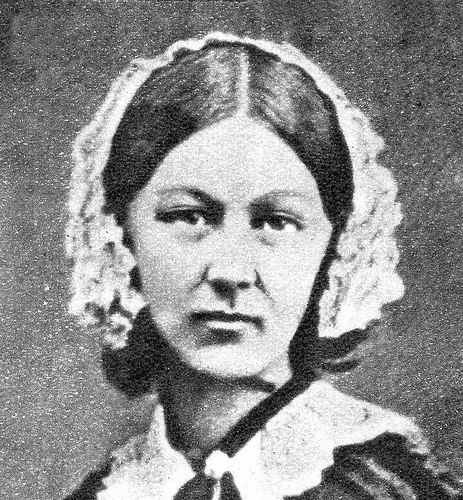 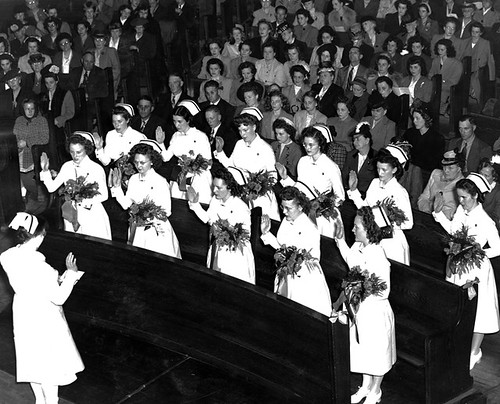 Photo by Galt Museum & Archives on The Commons