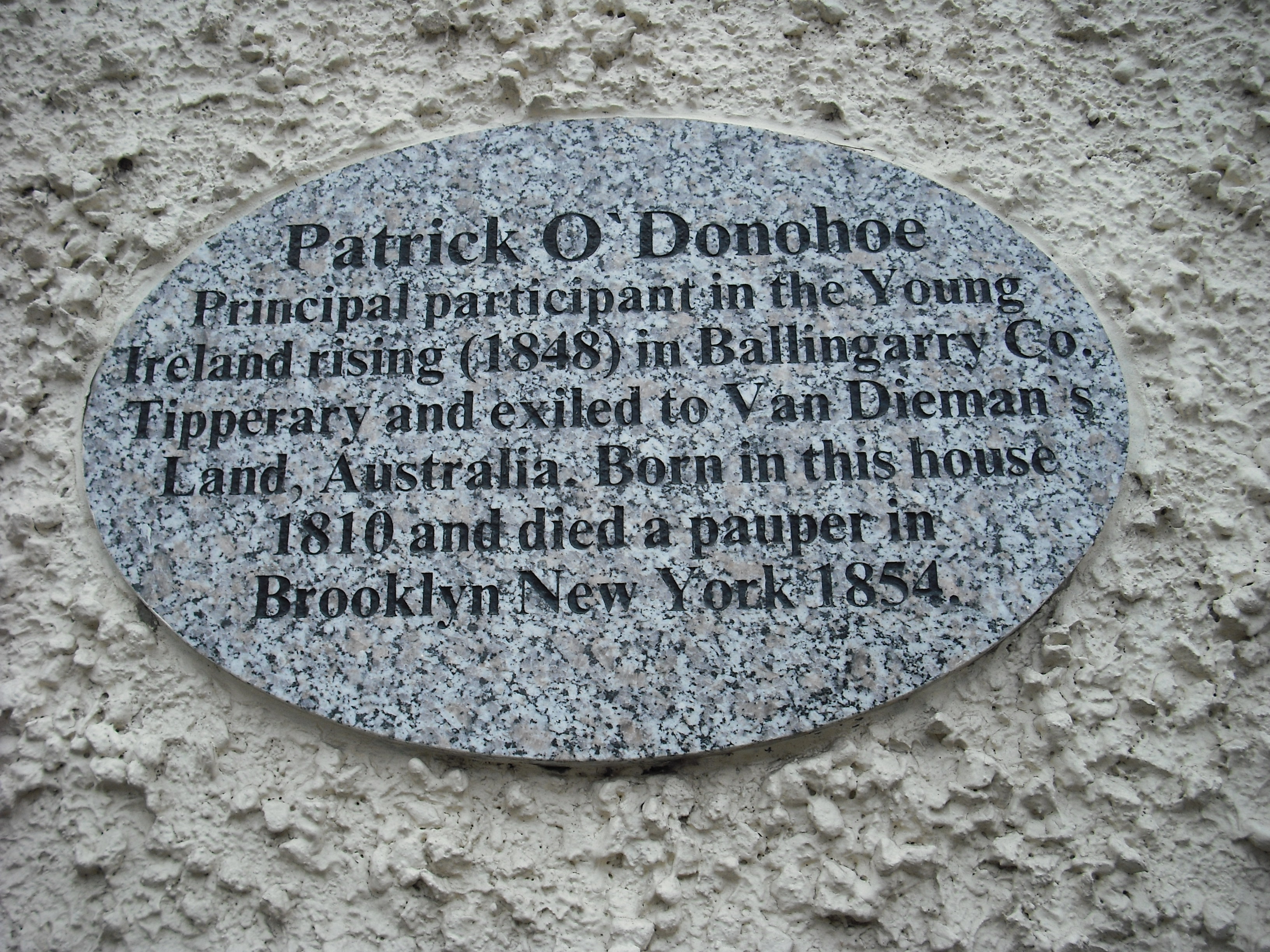 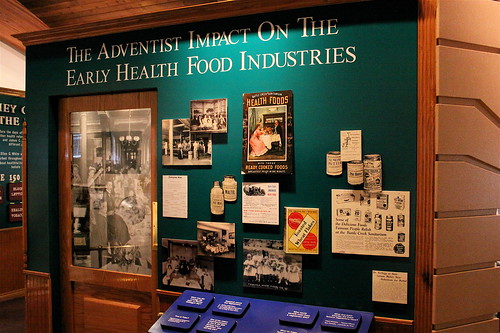 Woolworth was an international retail company. It was founded by Frank Winfield Woolworth in Utica, New York on February 22nd 1878. During the 20th century it became one of the largest retail chains in the world. Woolworth’s had stores in Ireland, including one at 24/25 Tullow Street Carlow in Carlow town.

Frank Winfield Woolworth was born into a farming family in Rodman, New York in 1852. In 1873, he began working as a stock boy in a general store. He observed how a clearance by the store of leftover items at reduced prices was a success. He opened his own five-and-ten-cent stores which became very successful.

Following its foundation the Woolworth Corporation began to expand. By 1904 the corporation was operating stores across the US and Canada. Woolworth’s opened its first store in Great Britain in the city of Liverpool in 1909. The first Woolworth store in Ireland opened on Grafton Street in Dublin in 1914. F W Woolworth was one of the wealthiest people in the world at the time of his death on April 8th 1919

Following the opening of the store in Dublin in 1914 further Woolworth stores were opened across Ireland. These included stores at 24/25 Tullow Street Carlow and at 91/92 High Street Kilkenny. By the 1980’s the Woolworth business was in decline. All Woolworth stores in Ireland were closed down in 1984 and the company went out of business and ceased trading on July 17th 1997.

F W Woolworth founder of the Woolworth international retail business was born in New York in the year 1852 On This Day. 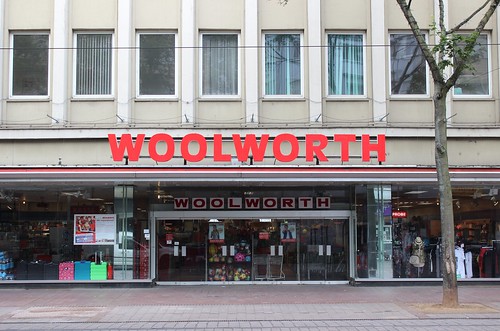 Charles Taze Russell was born in Allegheny, Pennsylvania in 1852. He was influenced by the Adventist movement begun by the Baptist preacher, William Miller. Miller had predicted that the world would end with the second coming of Christ on October 22nd 1844. Russell preached that the ‘invisible return’ of Christ had occurred in 1877. He predicted that what he called the Gentile times would end in 1914 after which Christ would rule the earth. Russell travelled widely preaching to his many congregations. He died on October 31st 1916.

Charles Taze Russell founder of the International Bible Students Association from which developed Jehovah’s Witnesses was born in Pennsylvania, USA in the year 1852 On This Day. 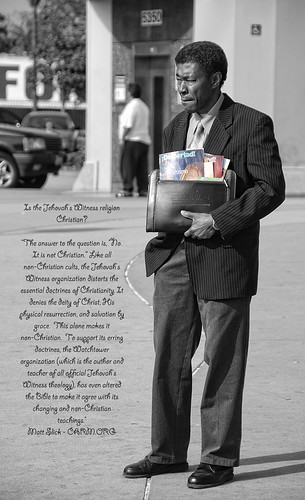 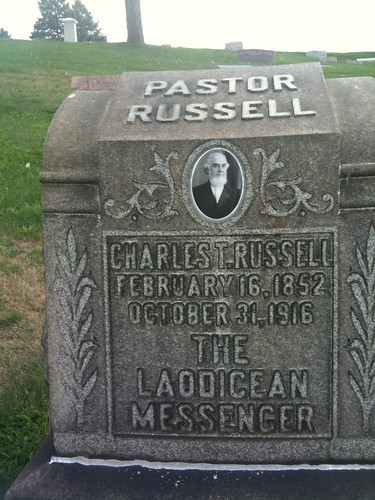 Thomas Moore, Ireland’s National Bard, appeared on stage in Kilkenny City each year between 1808 and 1810, in charitable performances with the Kilkenny Players. Moore was a poet, satirist, composer and musician who was a close friend of Lord Byron and Percy Bysshe Shelley. During his lifetime his writings, which are still popular today, aroused support in London for Irish nationalism.

Thomas Moore was born above his parents’ grocery shop on Aungier Street in Dublin on May 28th 1779. His father was a native of Moyvane, County Kerry and his mother was Anastasia Codd from Wexford town. Thomas Moore entered Trinity College Dublin in 1795 to study law. He was a contemporary of and friendly with Robert Emmett. However he was persuaded by his mother not to get involved in revolutionary activities.

Thomas Moore was a very close friend of Lord Byron. Byron entrusted his memoirs to Moore for publication after his death. However, Moore was persuaded by Byron’s family to destroy them. Moore later celebrated Byron’s life by editing and publishing his letters and journals. Moore wrote 130 original poems. Among his best known are poems such as ‘The Minstrel Boy’, ‘The Last Rose of Summer’ and ‘Oft, in the Stilly Night’, which are lyrics written to Irish tunes. As well as writing his melodies Moore also wrote biographies of United Irishman Lord Edward Fitzgerald and playwright Richard Brinsley Sheridan.

Moore’s Melodies continue to be popular and are performed to this day. A version of the Minstrel Boy is performed on the soundtrack of the movie Black Hawk Down. Monuments to Moore can be found in several locations including in Dublin close to Trinity College, at The Meeting of the Waters near Avoca, County Wicklow and in Central Park, New York City.

Thomas Moore poet, singer, songwriter, and entertainer died at the age of 72 in the year 1852 On This Day. 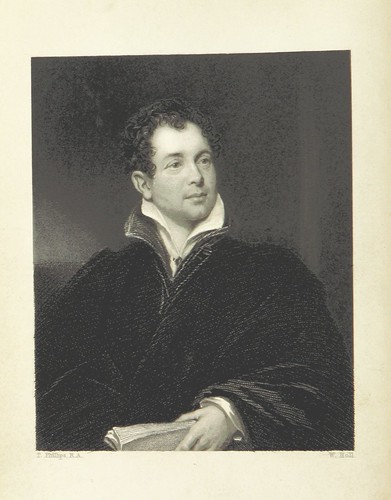 Image taken from page 10 of ‘[The Poetical Works of Thomas Moore, 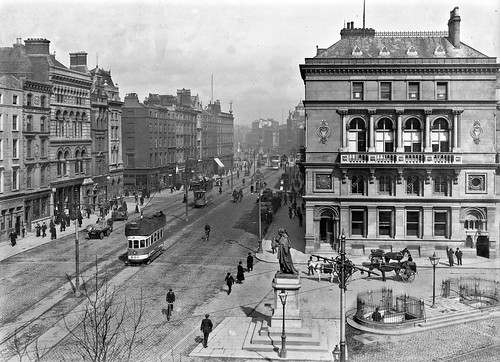