Daniel Carroll emigrated to America in 1689. He settled in St. Mary’s City, capital of the colony of Maryland, where he married Eleanor Darnall. She was the owner of a large plantation near Upper Marlboro in the state of Maryland. The couple had 7 children. Their son Charles Carroll, one of the signatories of the US Declaration of Independence was born in 1737.

Charles Carroll’s brother John, with whom he studied at the College of St. Omer in French Flanders joined the Jesuit Order. He served as the first bishop and Archbishop in the United States. Bishop John Carroll was also the founder of Georgetown University, the oldest Catholic and Jesuit institution in the USA. Charles Carroll died aged 95 in 1832.

Charles Carroll, one of the signatories of the United States Declaration of Independence, was born in the year 1737 On This Day. 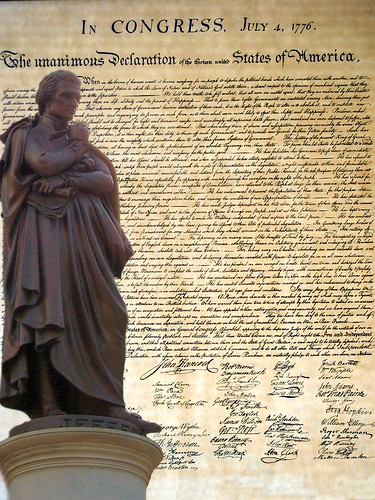