Castletown Castle is located on the Bunclody road about 5km to the south east of Carlow town Ireland. During the 1780’s Thomas ‘Buck’ Whaley an MP in the Irish Parliament and a gambler was the owner of the castle. The castle, which has been extended and upgraded down the centuries, incorporates the fabric of a tower house dating from 1550. Today it is the home of the Monahan family but has been owned at various times by Kavanaghs, Bagenals and the Earl of Kildare.

Thomas ‘Buck’ Whaley was born 86 St Stephen’s Green, Dublin on December 15th 1766. 86 St Stephen’s Green became Newman House in 1854 when The Catholic University of Ireland was established there. The Catholic University of Ireland was the precursor of University College Dublin. Whaley was educated in Dublin until the age of sixteen. He was then sent to Paris to continue his education. He became involved in gambling and built up large debts. He returned to Ireland and in 1784 was elected to serve in the Irish House of Commons for Newcastle Co Dublin.

In 1788 Whaley, who was a member of the Hellfire Club, made a wager for £15,000 that he would travel to Jerusalem, play handball against its walls and return in less than a year. He succeeded in the venture, leaving Dublin in October 1788 and returning in summer 1789. As a result he was sometimes referred to as Jerusalem Whaley.

Whaley continued to gamble. In the early 1790’s, having sold most of his estate to pay off his debts, he moved to the Isle of Man. He wrote his memoirs but these were not published until 1906. He returned to Ireland in 1798 and was elected MP for Enniscorthy. During the debates on the Act of Union he is reported to have offered his vote to the highest bidder.

Thomas ‘Buck’ Whaley, gambler, politician and onetime owner of Castletown Castle in Carlow, Ireland died in England aged 34 in the year 1800 On This Day. 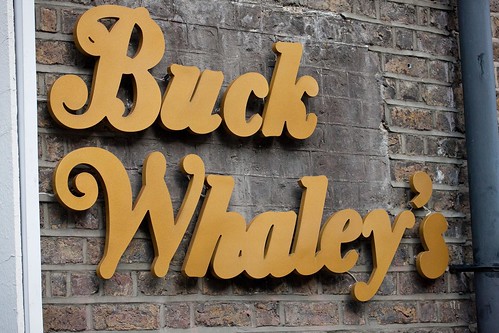